December 17, 2019 - Miami, FL, USA - After strong winds got the Bacardi Invitational Winter Series started, the Melges 24 fleet went out to the race course today under motor. Carol Ewing and her Race Committee were not optimistic for breeze above five knots, so the first race went off slowly with a slight pressure build toward the end.

Michael Goldfarb’s Warcanoe, won the first race of the day in the the Melges 24 fleet. Young Harry Melges IV and his team of lads on Zenda Express were happy to get out of the cold in Wisconsin to win race five.

Although Harry advises that the key to going fast in light air is to buy a new boat, his crew also attributes their victory to the local knowledge of Miami’s Ripley Shelly, who banked on going right on the upwinds. 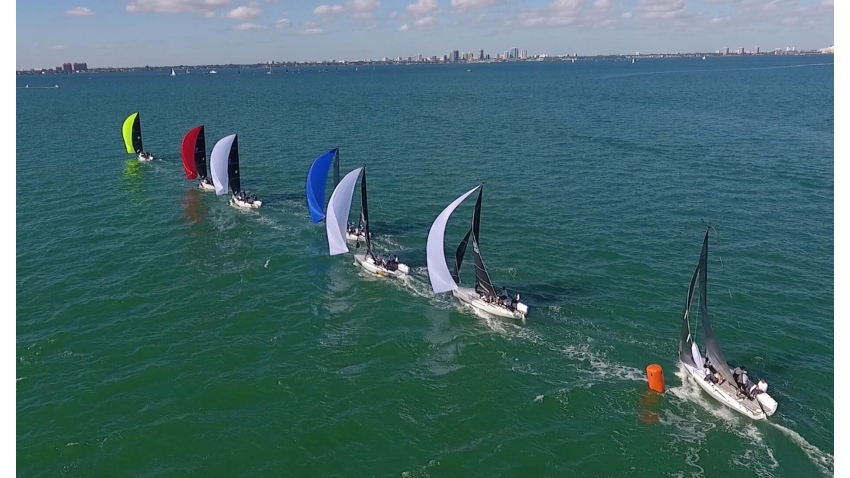 Race six, the final race of the day, was the most interesting with new breeze coming down the course and teams being able to stretch their legs a bit on the high side. Top Corinthian team, Three and a Half Men, skippered by Steve Suddath won race six and proved that they have what it takes to be in the top in big breeze and light air. Just behind Suddath was a battle for second to fifth position, with four teams getting into a jibing duel coming into a photo finish.

Bruce Ayres’ Monsoon, who led after day one in the Melges 24 fleet, had a tough day that included a BFD in the last race, taking them out of the running. Despite hiccups in the first race of the day, Kevin Welch and Travis Weisleder finished second and third overall. Michael Goldfarb with crew of Cole Brauer, David Brink, and Johnny Goldsberry took the win, the only boat in the fleet with no finish with double digits. 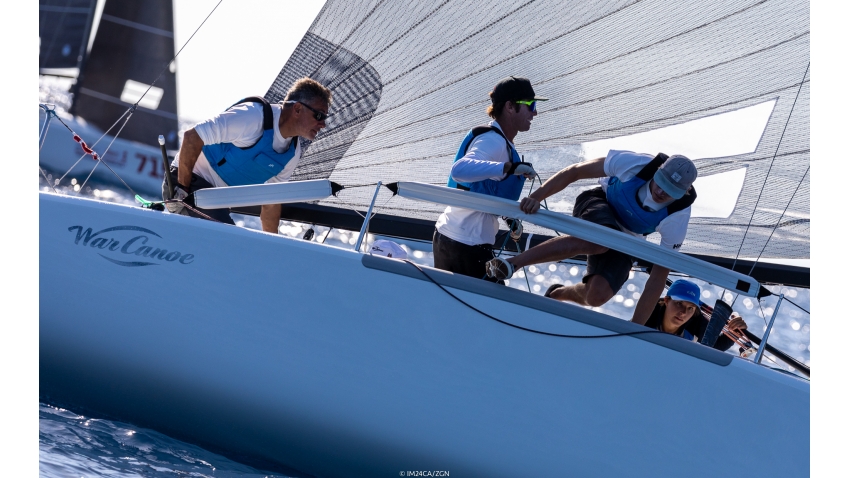 Teams return to Miami in January for the second event to complete the Bacardi Invitational Winter Series.