May 3, 2016 - Balatonfüredi, Hungary - Just like in the last season there were organized a great event by Balatonfüredi Yacht Club and MVM SE for Melges 24 and J24 classes on the last weekend of April. There were 8 Melges 24 and 11 J24 teams registered for the event considered to be Pre Nationals.

On the first racing day there was cold and cloudy so the first start was postponed, but in the afternoon the RC managed to execute two races in a light southern 6-5 knts weakening wind which changed its course and because of that the last leg was shortened. The first race was sponsored by SLAM who has become strategic sponsor for both classes lately. Winner of the first race - Attila Bujaky's HOD was awarded with SLAM gifts.

On the second racing day the weather changed but the wind was gone so the entire day was spent ashore without possibility to manage even a single race.

Finally, on the third day really good sailing weather welcomed the fleets. Bence Fluck (IRO) modified the program and shipped the fleet out half an hour earlier which created the possibility of having three races to get one discard to the series. Wind conditions were just perfectly steady in directions and strength of 8-12 knots from 60-45 degrees. The length of races were according to the plan close to sixty minutes. It allowed to the teams to have a really good and joyful racing day with a close competition. Akos Csoltò on Seven-Five-Nine and his experienced team won the last three races even they were in a premature start in the 3rd race, but they were able to beat the fleet. Second place went to Attila Bujaky's team HOD with equal points. The podium was filled by Tamàs Pomucz's team Nondiremai (former FD European champion). 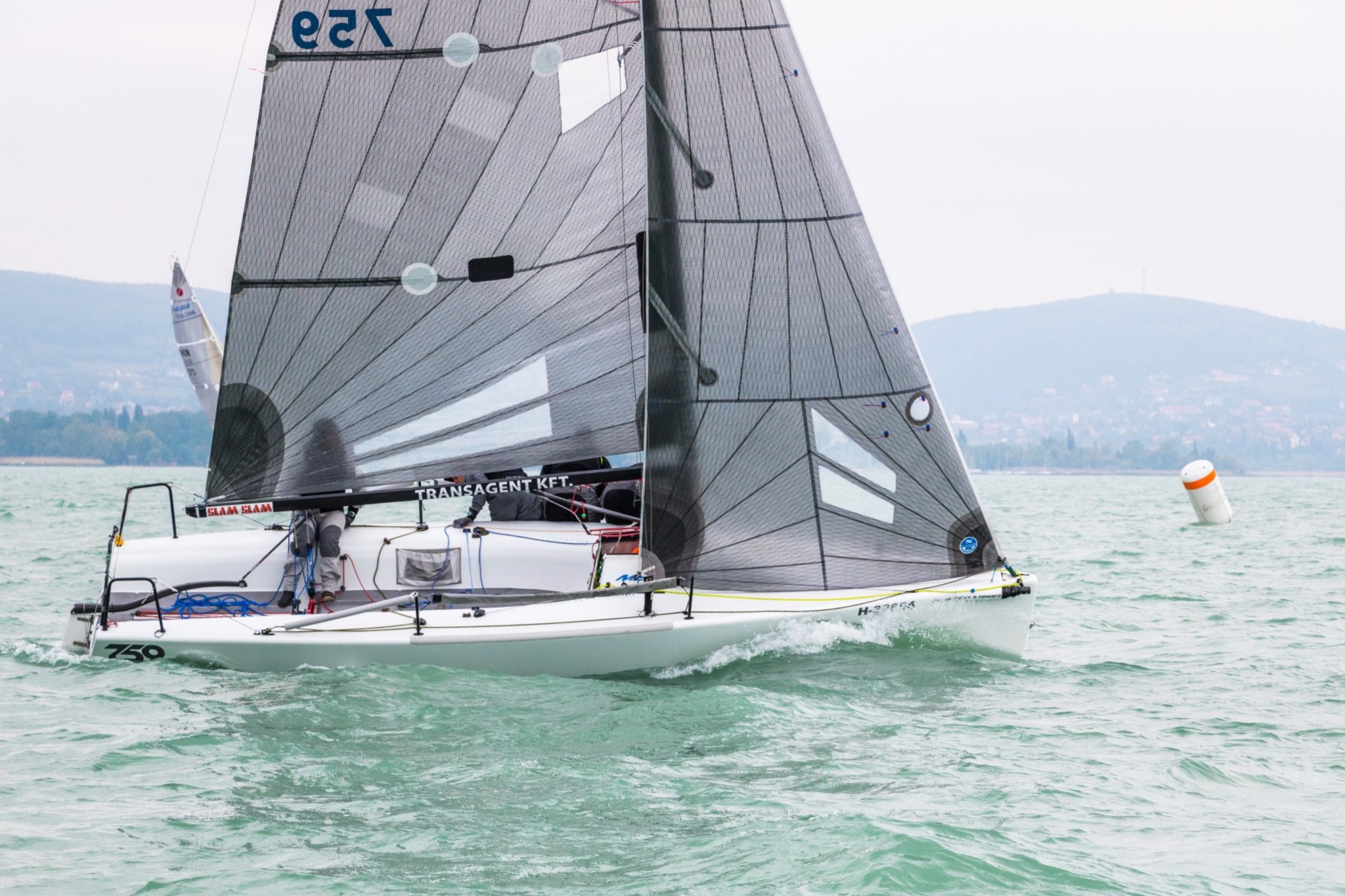 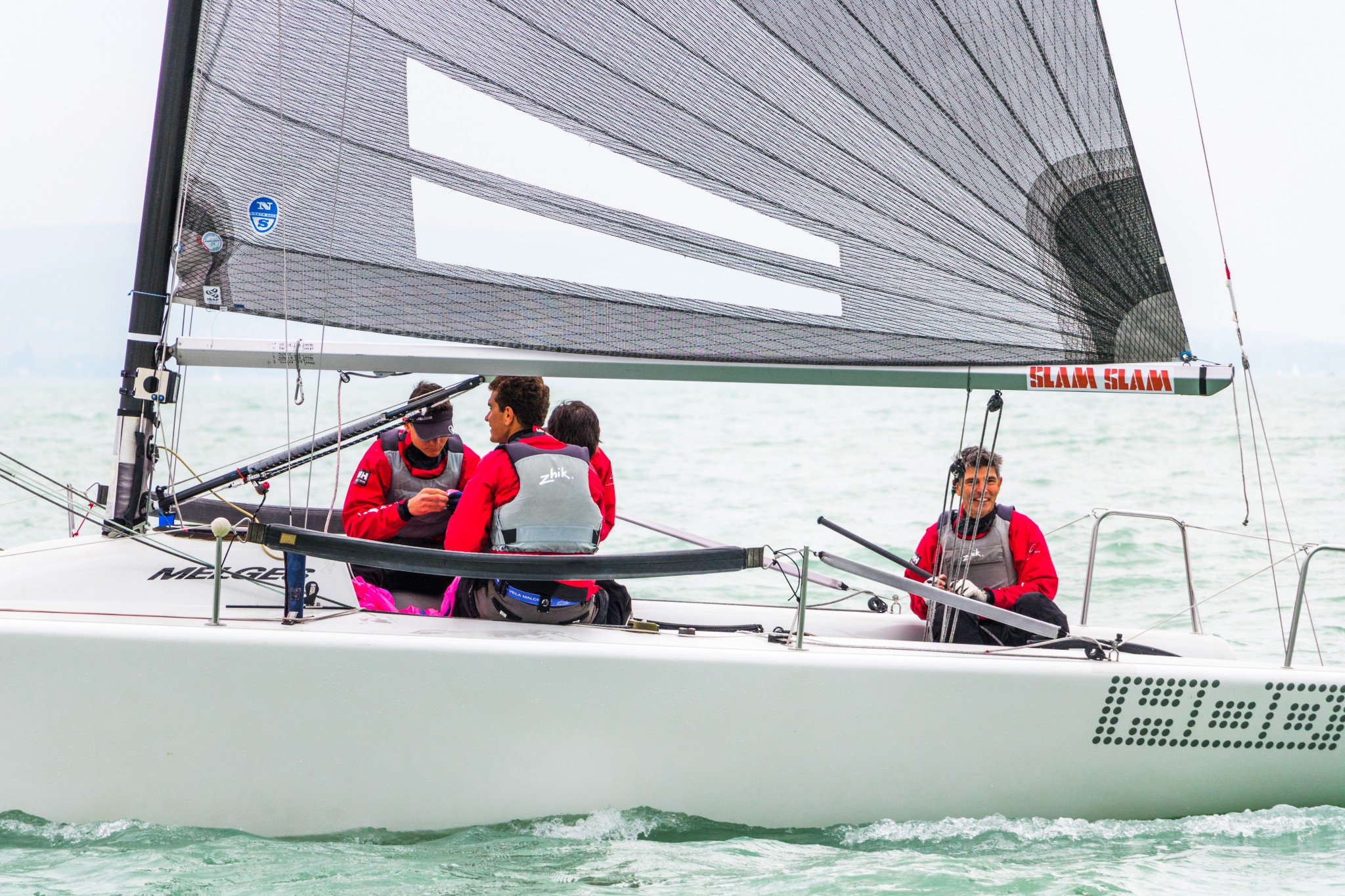 Jury led by Bence Böröcz (IJ) were following the event to supervise Rule 42, but the teams were strictly sticking to the rules and did everything in a fair way.

Next mutual event of the Melges 24 and J24 organized by these two clubs will be the Hungarian Championship in September 2016.