The One Sails Melges 24 National Championships are being hosted by Suffolk Yacht Harbour and Haven Ports Yacht Club where there is an emerging local fleet gaining a strong foothold. The home fleet were joined by two visiting teams, one coming from the Netherlands.

This event is being generously sponsored by local sailmakers, One Sails and the racing is being held just off the port of Felixstowe in Dovercourt Bay.

Competitors left Levington with a slowly building breeze and grey skies. Race 1 started on schedule in a Force 3 Northerly wind which held steady throughout the race. At the first mark The two visiting boats of Gill Race Team (Rob Larke/ Miles Quinton) lead from Gelikt (Carlos Vroon) lead narrowly from "Why Knot" (Ben Stone). The leading two boats retailed their positions, whilst Why Knot was overhauled by S&M (Stephen Videlo) to take 3rd place.

The second race started cleanly, though the wind started to swing around towards the west shortly after the start. Again Gill Race Team lead at the first mark from Gelikt and S&M. By the end of the first run the majority of the fleet had bunched up together as the wind filled from behind with the whole fleet rounding in close succession to one another.

The course was re-aligned to the wind for the final lap. S&M managed to overhaul Gelikt to take second place with Why Know retaining their fourth position.

It took a little longer to get race 3 under way as the race committee had to reposition the course once more with the wind continuing to track towards the west.

A third clean start saw Gill Race Team power off the line and give a master class of Melges sailing in a slightly stronger force 4 breeze. Gill Race Team extended their lead on each leg to underline their mastery of the conditions, with local boat Slot machine (Peter Smith) rounding in second place. 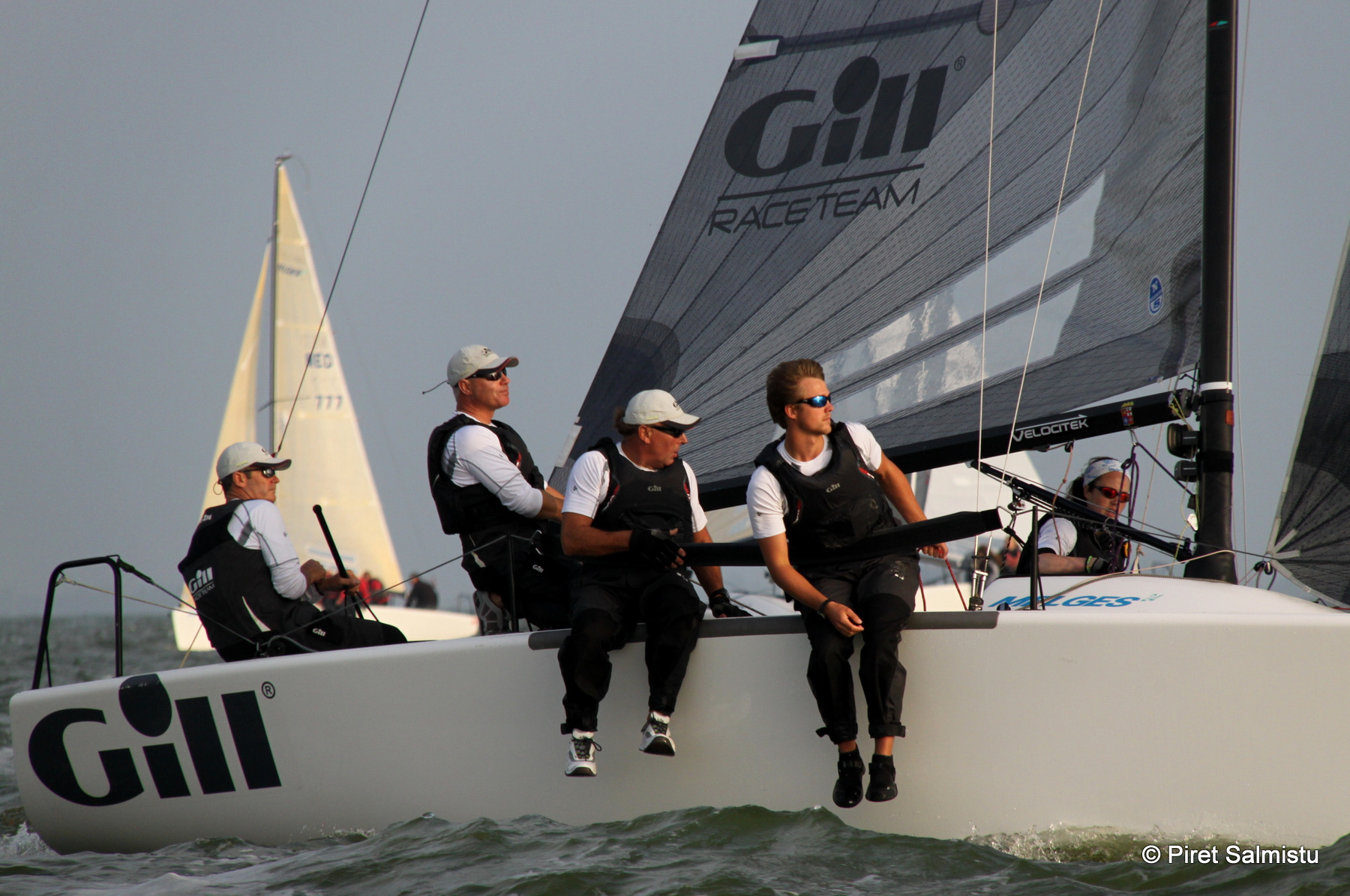 Further back several of the chasing pack mis-judged the tide on the downwind leg over-standing the leeward mark and losing ground to those who judged their approach more conservatively. The Dutch team's experience showed and they pulled through from a mid-fleet position to finish second with "Why Knot" finishing in third place.

On the way home, competitors were greeted with beer kindly provided by Adnams as they sailed home up the river Orwell towards Levington Marina, where they then enjoyed an excellent evening barbeque as the sun started to show itself once again.

On Sunday four races are scheduled, with three more on Monday when the event concludes. 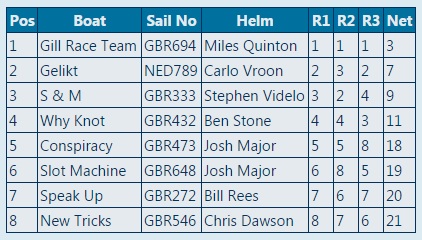