February 20, 2018 - Port Lincoln, Australia -  Written by Neil Stanbury, Down Under Sail -  Despite being a relative newcomer to the class, six-time Australian 505 champion Sandy Higgins has charged to a solid lead after the first day’s sailing in the Melges 24 Australian Championships at Port Lincoln today. Three heats were sailed on Boston Bay, with Higgins taking out the first and third heats in Scorpius, and a second in the middle race.

Racing was delayed briefly until a light 5 to 7-knot breeze established itself, however conditions remained challenging throughout the afternoon on the windward-leeward course with a major 20-degree shift in the second race making it a tactical battle for all crews. 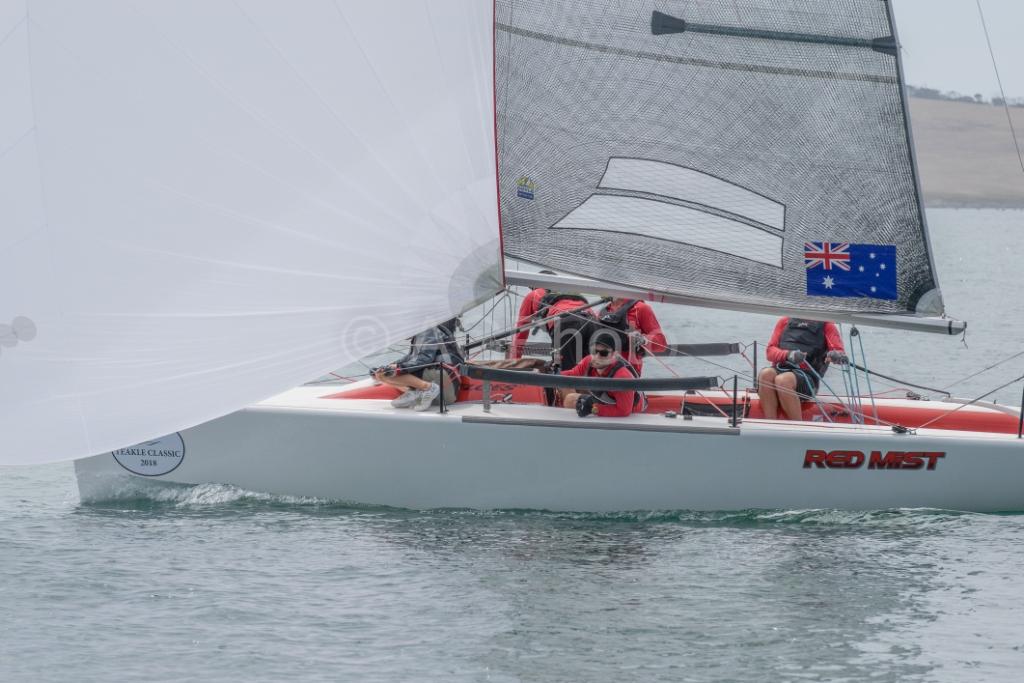 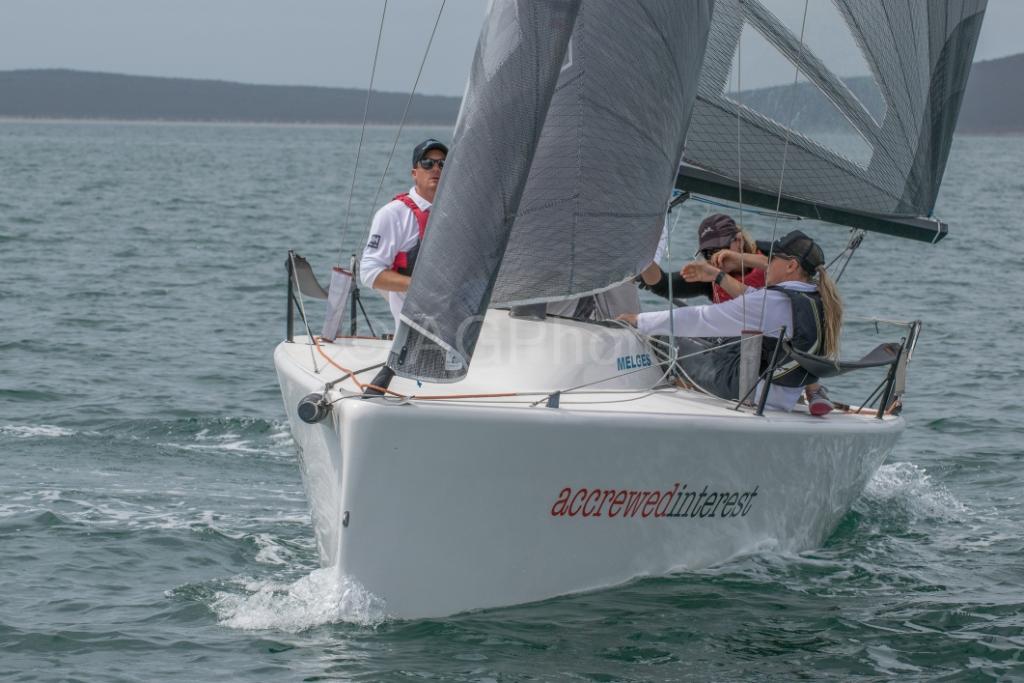 Defending national champion Andy Wharton of New South Wales, sailing Accrewed Interest, managed a third in the first race but has his work ahead of him after finishing further back in the other two races. 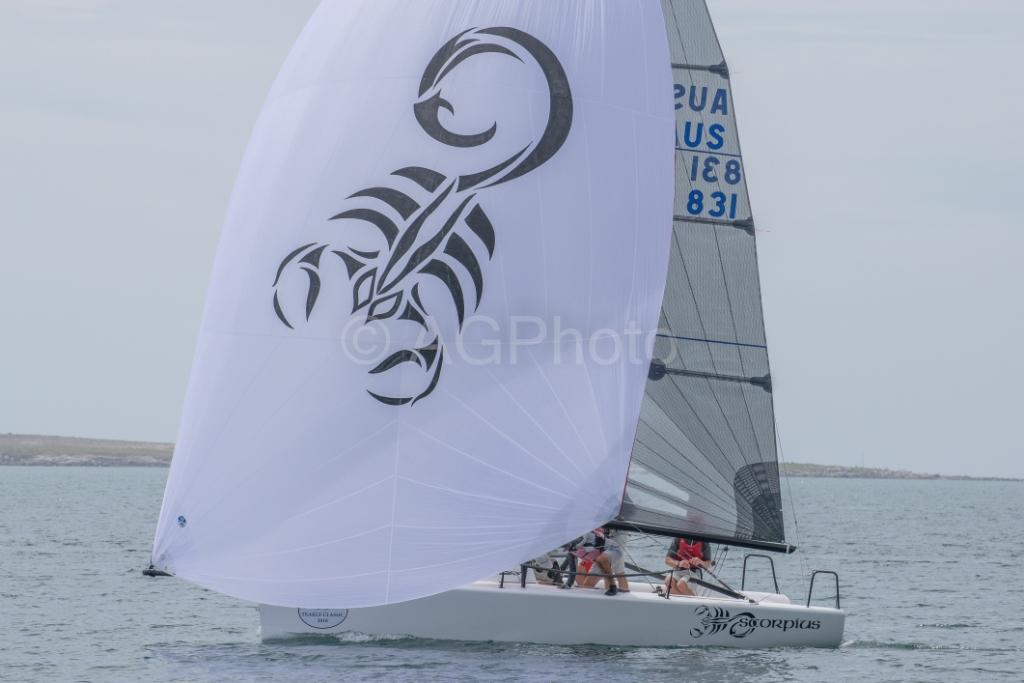 Scorpius may have done even better, but in race two had a kite retrieval problem, catching water and losing several places, which the crew were forced to make up in the second work and run to the finish.

Throughout, the racing was close among the 12 Melges 24s competing, demonstrating the appeal of one-design racing.

Other strong performers were Panther, which managed a third in the final race, The Farm and , which continually challenged the front-runners.

With winds expected to increase overnight, the Melges should put on a great spectacle when racing resumes tomorrow.