MELGES24 MADNESS REGATTA: More Than Luck of the Irish

March 23, 2016 - Miami, U.S. - The MELGES24 World Winter Series returned to Miami for Act 3- The MELGES24 MADNESS Regatta and another dose of sensational ocean racing off Miami Beach. Teams traveled from mostly northern latitudes in both Europe and North America for the warm and sunny, planing conditions that make Miami Beach one of the best sailing venues in the world.

Although the regatta may have started the day after St Patty’s Day, it was solid victories in the last three races (no luck involved for this Irish team) that pulled Connor Clark’s MELGES24 IRL 829 EMBARR ahead of a talented field by 8 points to win the MELGES24 MADNESS Regatta. Connor credited the team’s win to their focused practice sessions and fun team dynamic.  It also may have helped to have a top-notch crew of 470 Olympics-bound Stu McNay (helm), Dave Hughes (tactics) Prof O’Connell (trim) and Aoife English (bow) to round out the crew. 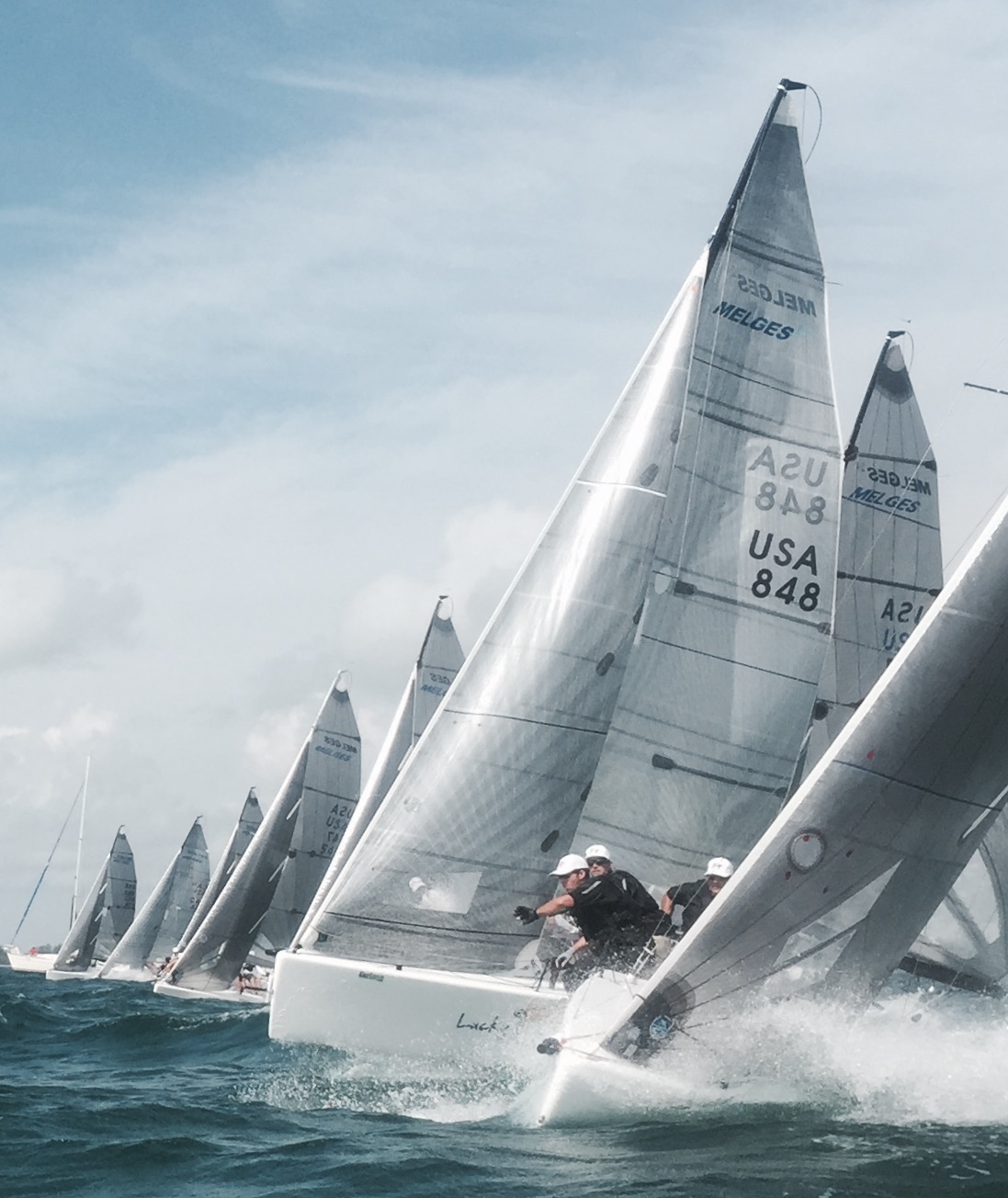 Time for a Hot Shower - photo by Brian Hutchinson

“Embarr and the entire fleet made this event really challenging and fun. Even after 1.7-mile beats the mark roundings were very tight and we paid dearly on a couple miscalculations, ha-ha, sorry. Really fun stuff !”, says Andy Burdick, tactician on Brian Porter’s Full Throttle , which placed second.

Tõnu Tõniste's  EST790 LENNY, of Tallinn, Estonia made this a holiday from the cold  and won top Corinthian honors in the process. Tõnu admitted that their team was just getting warmed up after a late summer break and a long Estonian winter.

“We really like the sailing in the ocean off Miami Beach. The ocean and wind are warm and can produce nice rollers, chop or flat water. The race committee was very good and set perfect courses. We look forward to great sailing in a big fleet at the Worlds next November and maybe Key West after that”, offered Tõniste, 470 Olympic Silver and Bronze medalist.

Return MELGES24 sailor and President of North Sails One Design, Tim Healy had this to say of the event, “We had a blast racing the MELGES24 off Miami Beach. The fleet was strong and the race committee was excellent. We really look forward to racing the MELGES24  at Charleston Race Week.” 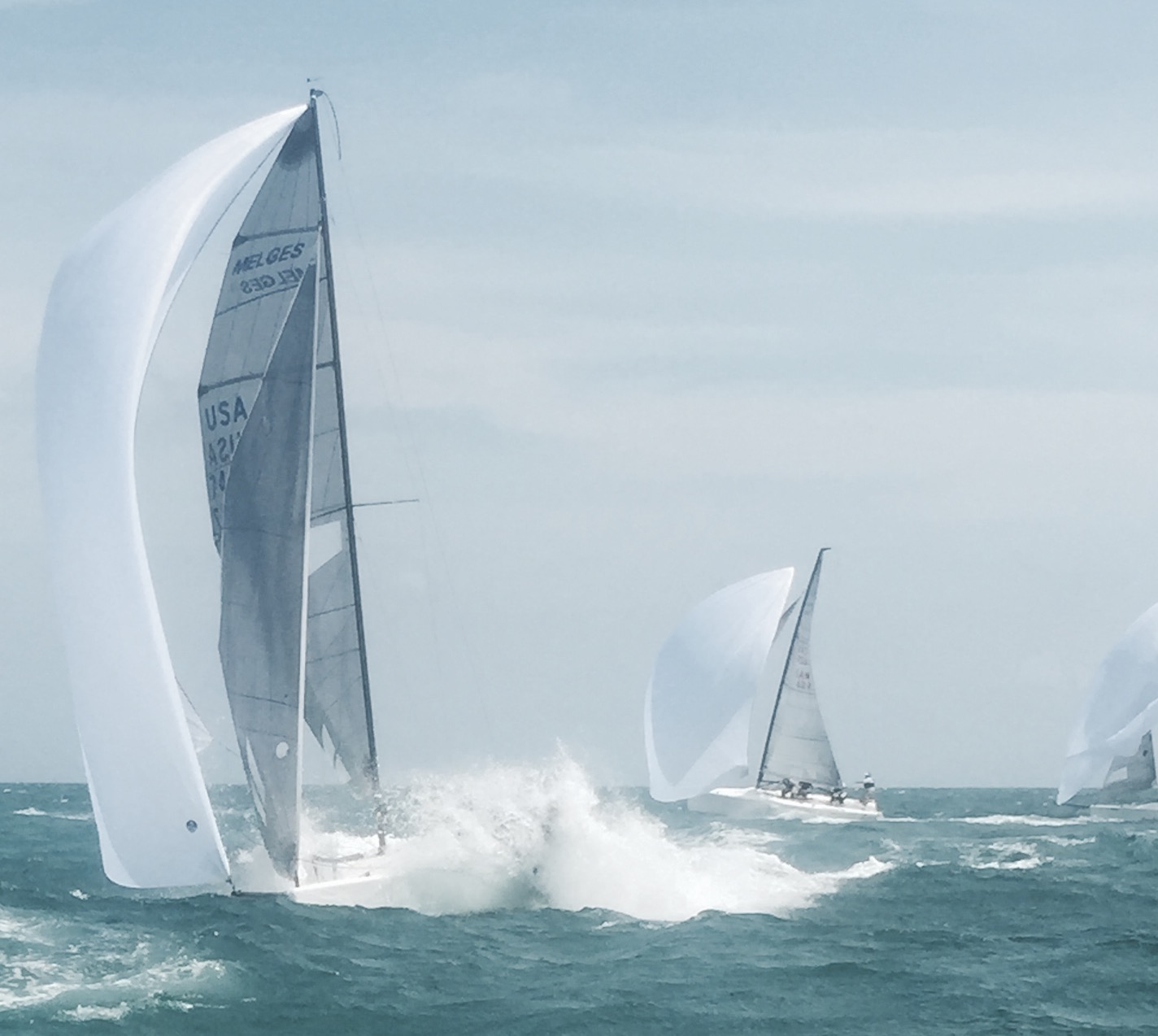 Incoming Miami Yacht Club commodore, Donita Leavitt was very enthusiastic about the regatta- “We enjoyed seeing the MELGES24 class back at MYC, again. Hosting the MELGES24 MADNESS Regatta was really fun for our members and we had a front row seat to thrilling racing in a great boat. We look forward to putting on a spectacularWorlds this November and many more MELGES24 races after that.”

With one Act left in the MELGES24 World Winter Series this MELGES24 MADNESS Regatta victory puts Connor Clarke’s EMBARR at the top of the leader board followed by Bruce Ayres’ MONSOON in 2nd, Richard Thompson’s BLACK SEAL in 3rd, John Brown’s BLIND SQUIRREL in 4th, and Richard Reid’s ZINGARA in 5th. See the current standings

Photos of the event by Petey Crawford, Penalty Box Productions 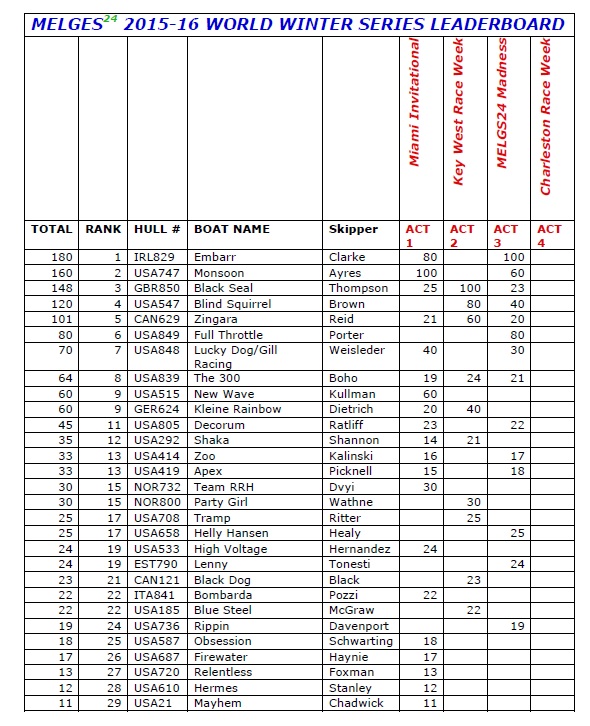