Norwegian Melges 24 fleet had a Spring Cup regatta hosted by Åsgårdstrand Seilforening last weekend. There were 13 boats participating both from Norway and Sweden to start the preparations for the Melges 24 World Championship in Denmark in less than 2 months time.

Two races on the first day and three races on the second day made a total of five races to complete the series. On Saturday the fleet was waiting ashore for the wind to fill in from the South. Later the fleet got two nice races in winds up to 20 knots.The second day the sailors were faced with the wind shifting between the North and North-East. In these conditions the tightest battle was going on between Tomas Skalen's SWE-408 and Kristoffer Spone's NOR-400. With two points' advantage the victory of the 2015 Melges 24 Spring Cup went to Tomas Skalen from Sweden leaving two lower podium places to Norway. Kristoffer Spone's NOR-400 achieved the second podium place and Herman Horn-Johannessen NOR-732 grabbed the 3rd place, with equal points for Jens Altern Wathne's NOR-400 following as fourth.

For many boats in the northern fleet the next larger event will be the Open Swedish Championships in Amal on May 29-31. 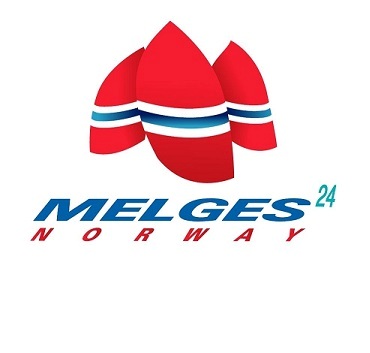