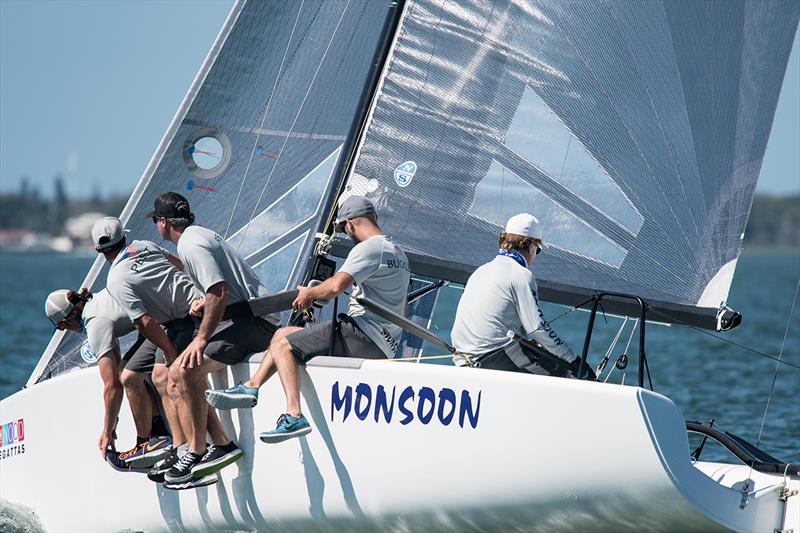 Ayres, 61, has been sailing for more than 20 years and thinks of his team as a second family. With about five years of sailing together, he credits their success to an efficient "in-sync program." This strategy came in handy over the weekend, when the crew had to hold onto their lead during Day 2 despite it being "a little tougher" than the first day with rig tune issues, shifty conditions and a competitive fleet.

"We know each other and we joke around, but we're serious and we take care of business on and off the water," Ayres said. "We're always focused. We take it one race at a time."

Echoing the idea of "work hard, play hard," tactician Mike Buckley touted the team's ability to shift gears between competing and enjoying themselves: "We have a pretty intense team, but we always leave it on the water and that's the key. We joke around a lot when we're back on land. We probably laugh more than any other team here."

This was the team's first Helly Hansen St. Petersburg NOOD. In addition to Helly Hansen team gear courtesy of Sailing World, the crew earned a berth in the championship regatta, hosted by Sunsail in the British Virgin Islands Oct. 21 to 26. 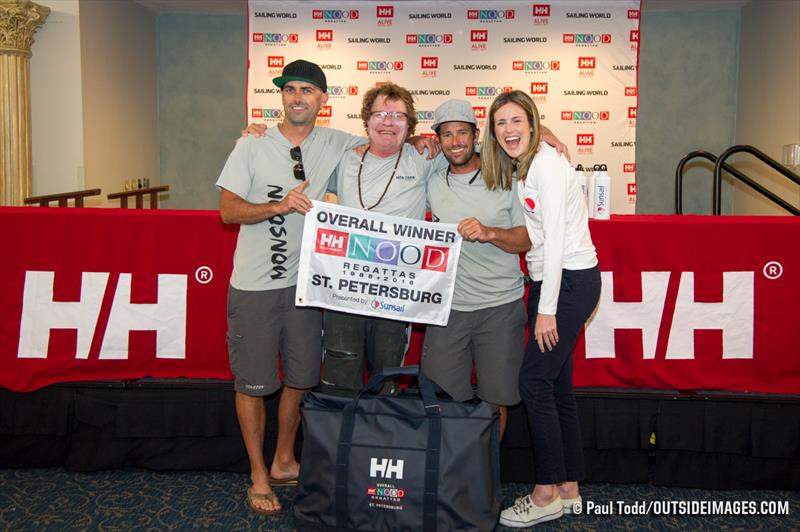 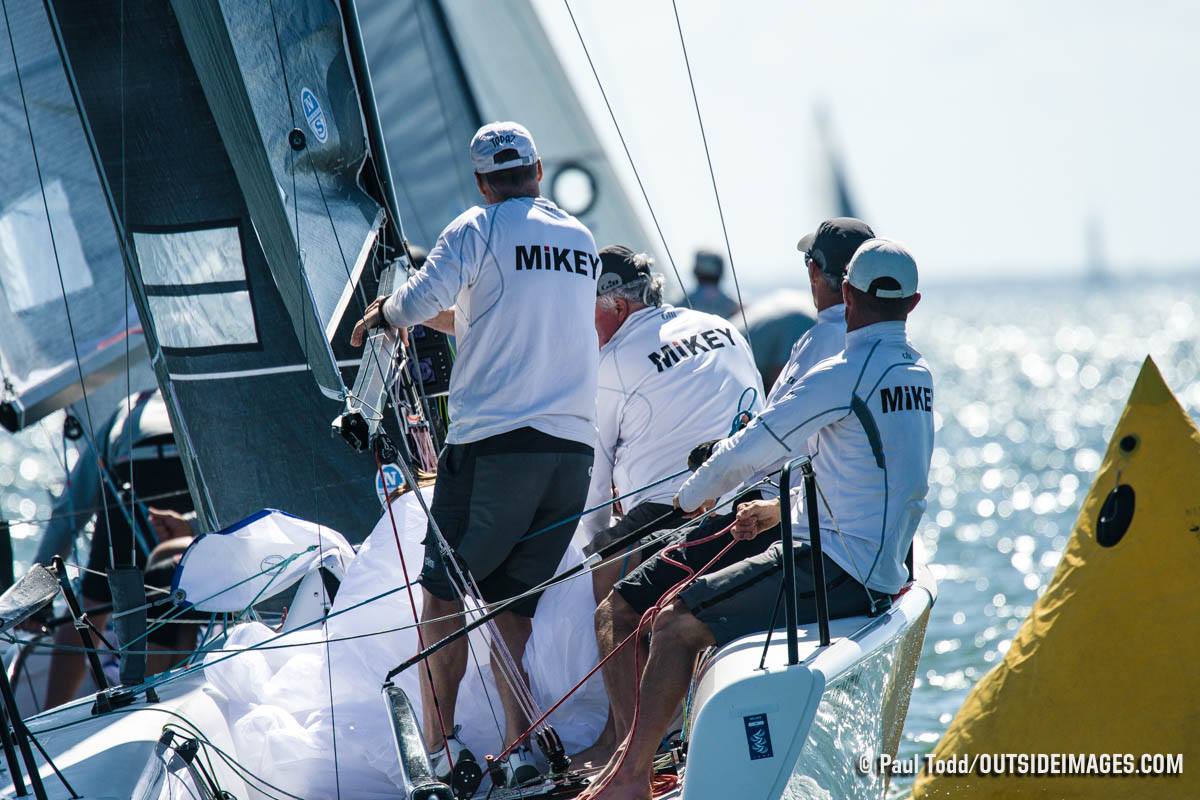 While many of Pamela Rose's competitors have raced sailboats most of their lives, the J/70 class winner took home her first major regatta win this weekend — and qualified for the class championship — only two years after taking up the sport. A self-proclaimed "serious boater," Rose said she didn't expect to enjoy sailing so much when she bought Rosebud looking for a new challenge three years ago.

"The goal for me was to win a qualifying seat (for Worlds)," Rose said. "I've been working really hard. I was thrilled to have this amazing team — they are very experienced, very calm. I call them the dream team."

Rose said she will plan her summer schedule around training, including an entry into the Helly Hansen Marblehead NOOD in July, to get a test run in the same venue that the 2018 J/70 World Championships will be held in September.

Also competing in the J/70 class were five local teens specially selected to participate as the Helly Hansen Junior Crew, who finished the weekend ranked 28th of 39 boats.