06 July 2014 - Riva del Garda, Italy. - It's Audi tron (today 1-dnf) the unprecedented winner of the  Audi tron European Sailing Series Melges 24, event organised by the Fraglia Vela Riva in cooperation with con B.Plan Sport&Events valid as the fourth act of the continental sailing circuit dedicated to the most widespread one design boat produced by the Melges Performance Sailboats.

The Audi Italia Sailing Team - Audi tron ITA-840 with Riccardo Simoneschi in helm and Enrico Fonda, Stefano Orlandi, Federico Buscaglia and Lucia Giorgetti in the team, has collected another victory after Kiel only one week ago, taking over the over 45 participating boats winning race nine: their victory has been signed with a race in advance. 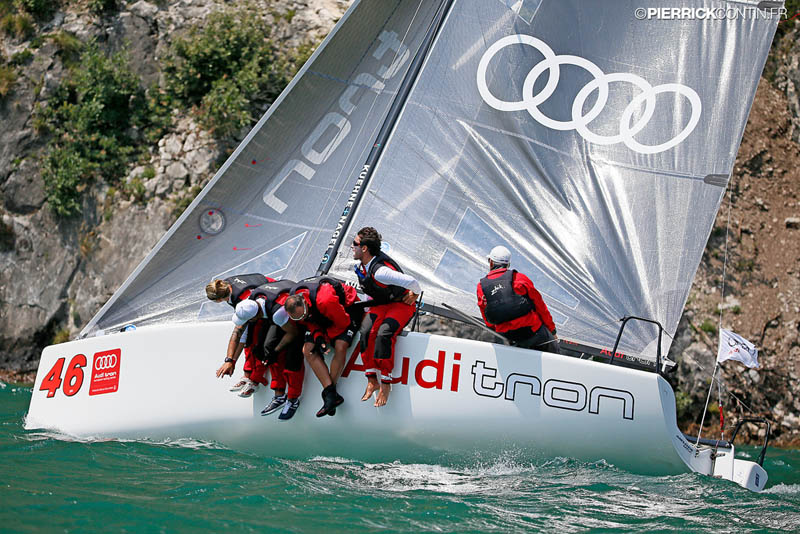 Second on the podium for the world and European champions of Blu Moon (2-1), lead by an always very convincing Flavio Favini.

A great satisfaction also for the crew of Maidollis (3-3) helmed by Gabrio Zandonà ranking third at 8 points by  Audi tron. 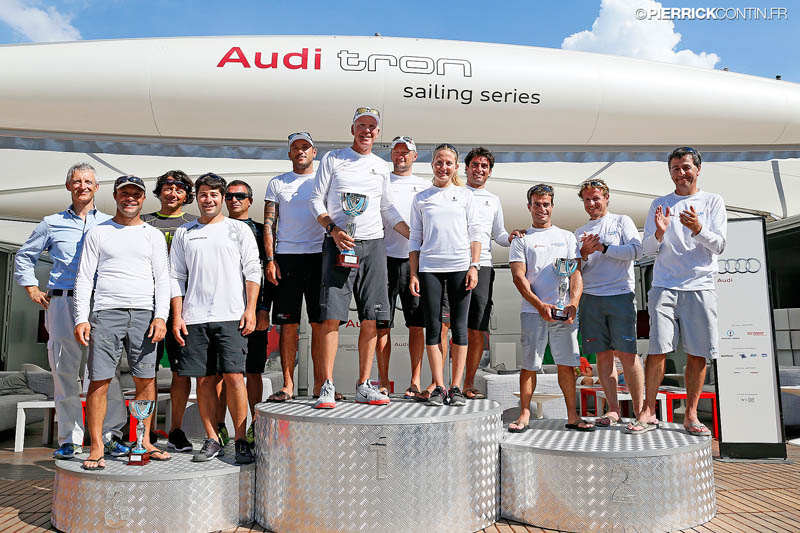 The top five has been completed by Andrea Racchelli 's Altea (4-2) winner of the Melges 24 European Sailing Series act held in Portoroz and the vice continental champions of Giogi (9-8), guided by Balestrero-Celon. 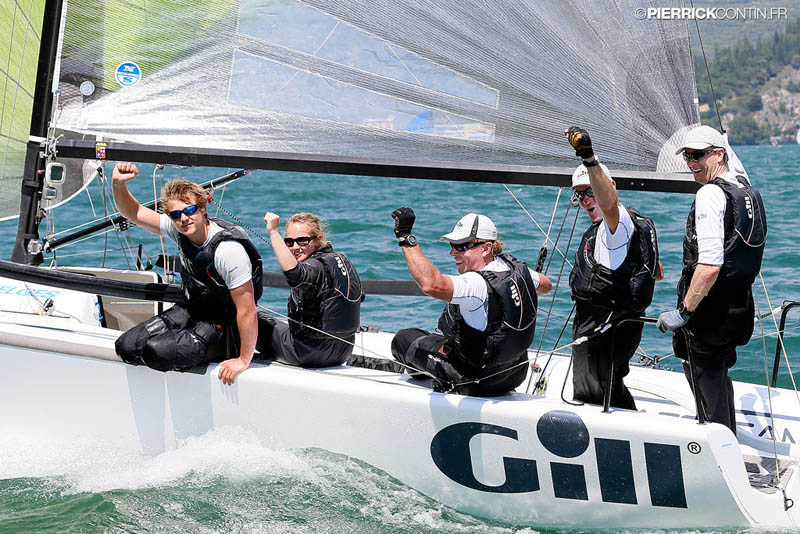 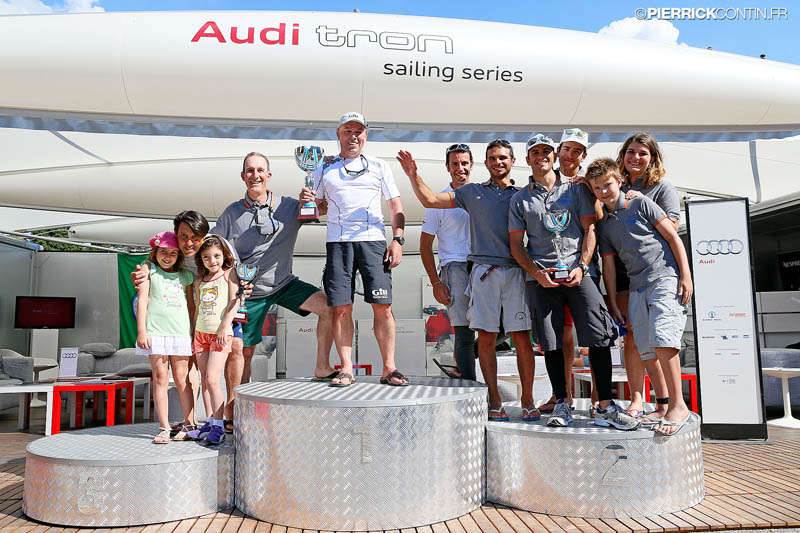 Top 3 in the Corinthian division
Photo by Pierrick Contin

Thanks to this new victory Audi tron has consolidated its leading role in the Melges 24 European Sailing Series that will be concluding in Medemblik 19-21 September.

Beside sailing other experiences have taken place by the Audi Hospitality, where anyone interested could enjoy free drives with the latest flagship models such as the RS6 avant, SQ5, A3 g-tron, S1 Sportback and A1 admired.

This year's edition of the Melges 24 European Sailing Series will introduce the Corinthian ranking as it is usual in all the events of the Melges 24 Class and this will be called as Pro Am. This series has proven to be a success from the first edition with a very high participation.