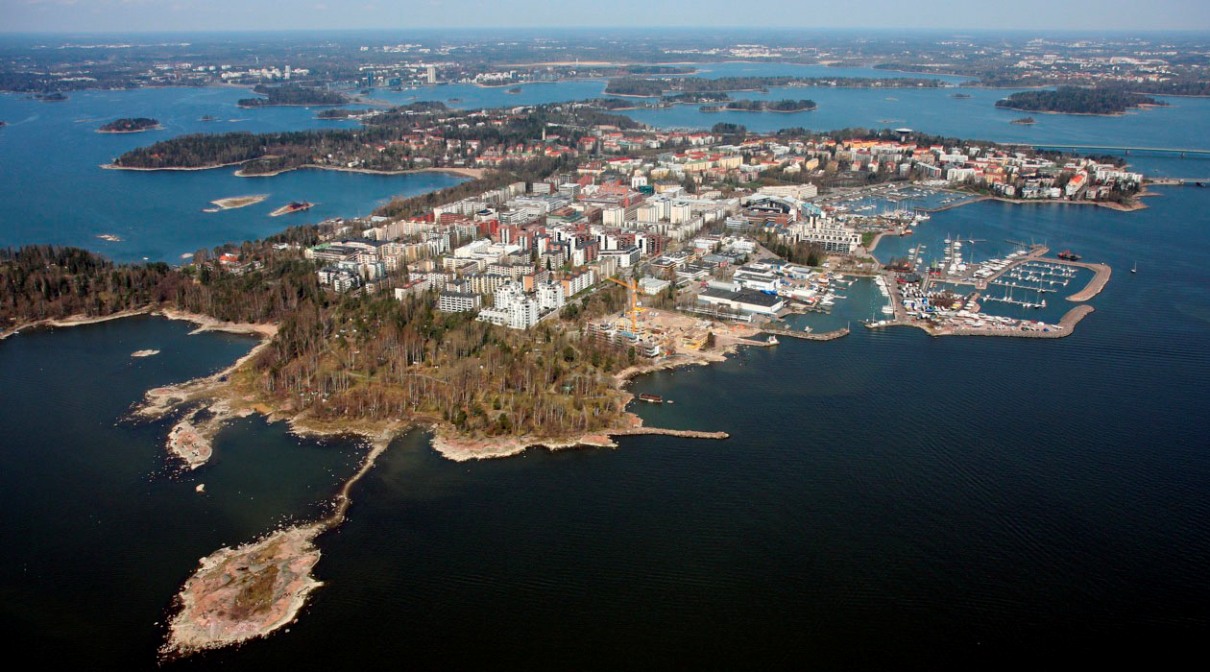 February 8, 2017 – Helsinki, Finland – Six months to go and fifty one teams from fourteen nations already signed up to race at the 2017 Melges 24 World Championship that takes place from 28th July to 4th August in Helsinki, Finland. The Notice of Race has been published, online entry has been open for a while and Melges 24 sailors across the globe are invited to make their entries for this prestigious event organised by the Helsingfors Segelklubb (HSK) in co-operation with the International Melges 24 Class Association (IM24CA) and Finnish Melges 24 Class Association. The online entry, the Notice of Race and other information about the venue are available at http://melges24.com/Worlds2017

Back in Helsinki after 14 years
It’s been a while when the International Melges 24 fleet was racing in this part of the world. The first time for the international Melges 24 fleet of fifty six teams to race this north was in 2003 when Jacob’s Creek Melges 24 Europeans were organised by the same hosting club HSK. Sailors might also remember the most recent title championship in this area organized by the Finnish-Estonian Melges 24 Class Association in Tallinn, Estonia in 2010.
IM24CA is happy to work again together with a bunch of people familiar from the past events’ organisations to ensure the success of the title event.

Perttu Rönkkö, 2017 Melges 24 Worlds Regatta Chair and Vice Commodore for HSK will be excited to host such international fleet of Melges 24s, especially for the Worlds this time: ‘HSK is happy to host Melges 24 International fleet for the World title event. At the same venue the Melges 24 Europeans were held fourteen years ago, but the both club and surrounding area has been developing a lot during the last years. To serve our club members and foreign sailors better a new club house was inaugurated in 2010 which makes organizing such a great event even more comfortable here. We also do not underestimate the social program and ashore events of the Worlds. 2017 is Finland’s big yearcelebrating the centenary of Finland’s independence and co-operating with Helsinki City we try to offer to the sailors a variety of events both in the marina and in the city.’

Jens Altern Wathne, the Chairman of IM24CA is happy to see wide interest towards the Worlds in the Nordic.‘I am delighted that the Finnish Melges 24 class is hosting the 2017 World Championship. Finnish hospitality and the organization will delight the sailors from around the globe. Opening the online entry of the championship has made the sailors come out in numbers – fifty one boats from fourteen different nations is a clear sign that the class is vibrant and active. High attendance from the Nordic countries and all around the Europe is of course expected, but I highlight the teams travelling great distances to fight for the title. I am happy to see already three boats from U.S. entered.’

Tomi Hakola, the President of the Finnish Melges 24 Class Association, who has been in the organising committee for the both past events, said expecting eighty entries. ‘This is the venue that will host us with the beauty of its landscapes, the hospitality of its people and weather conditions that are perfect for sailing. Welcome to Finland!’

Pre-events for the Worlds
The attractions for the sailors will be that the racing area is just outside Helsinki (the capital city of Finland)on open waters. Coming from the race area in to the race harbour both to west and east is unique archipelago. To test the waters of the Worlds the best training for the Melges 24 sailors would be the Melges 24 Finnish Open Nationals held one week before the Worlds on the same venue on July 22-23. The Notice of Race for this event will be published shortly.
Organising team, International Jury and most of the Race Committee team are set and the discussions with the ferry companies are underway to have the best options for shipping the boats from Travemünde (GER) or Stockholm (SWE) to Helsinki.
For more competitive racing before the Worlds Melges 24 teams are invited to take part from the Nordic and Swedish Melges 24 Championship in a very popular sailing venue Marstrand, Sweden in 16-18 of June which is the third event of the 2017 Melges 24 European Sailing Series. From there different options for the next events are available: either Hankø Race Week in Norway (June 29 – July 2) or Kiel Week in Germany (June 22-25). From Hankø is easy to drive to Stockholm and then take a ferry to Helsinki; from Kiel you can drive to Travemünde and take a ferry directly to Helsinki. More details about the both logistics options IM24CA will publish shortly.
51 teams from 14 nations entered and counting
At the present moment we have already fifty one entries from fourteen different countries (Denmark, Estonia, Finland, France, Great Britain, Germany, Hungary, Ireland, Italy, the Netherlands, Norway, Switzerland, Sweden and from overseas United States of America). The organisers expect the total number of entries go up to eighty boats. Click here for the Entry List
For the Eearly Birds
Competitors who place and pay for their entry before 2nd June 2017 can take advantage of the early bird entry rate of Euro 750.
The online entry, the Notice of Race and other information about the venue are available at event website http://melges24.com/Worlds2017
Event in Facebook: https://www.facebook.com/melges24worlds2017/
IM24CA Facebook: https://www.facebook.com/World.of.Melges24/
Flickr: https://www.flickr.com/photos/melges24/albums
Twitter: www.twitter.com/Melges_24 Instagram: www.instagram.com/worldofmelges24/
YouTube: www.youtube.com/user/IM24CA
Event dates:
Friday 28th to Sunday 30th July: Registration and Measurement
Sunday 30th July: Practice race and the Opening Ceremony
Monday 31st July to Friday 4th August: Racing at the 2017 Melges 24 World Championship
About the Melges 24: The Melges 24 is designed by Reichel/Pugh Yacht Design and built by Melges Boat Works holding a unique position amongst the world’s one design Grand Prix sportsboats, as one of the most successful classes of high performance yachts. For more information, please visit http://www.melges24.com
About Helsingfors Segelklubb (HSK): HSK is a Finnish sailing club founded in 1899. With 1.600 members and 600 registered boats, we are one of Finland’s largest and most successful sailing clubs. Club is located centrally on the west side of Helsinki in Lauttasaari, with an excellent services and traffic connections nearby. The harbour has expanded during the years and today 300 berths and about 100 winter lay-up sites are in use. The new club house was inaugurated in 2010. HSK has been very active to organize the international and local sailing regattas along the years and many famous Finnish sailors are coming from this club. In 2017 to the Sailing Team Finland from HSK have been nominated Tuuli Petäjä-Sirén – RS:X, Kaarle Tapper – Laser Standard, Joonas and Niklas Lindgren – 470 and Mikaela Wulff – 49er FX/470.
For further information on the Melges 24 World Championship 2017, please contact: