May 25, 2016 - Seattle, U.S.A. - The Corinthian Yacht Club of Seattle was host of the Pacific Northwest One Design (POD) Regatta where several new Melges 24 teams came together for some exceptional Spring sailing. The Melges 24 fleet and its smaller cousin, the 5o5 fleet, had top teams out ripping around in preparation for their respective Canadian National and North American Championships, the top two events of the June sailing calendar. 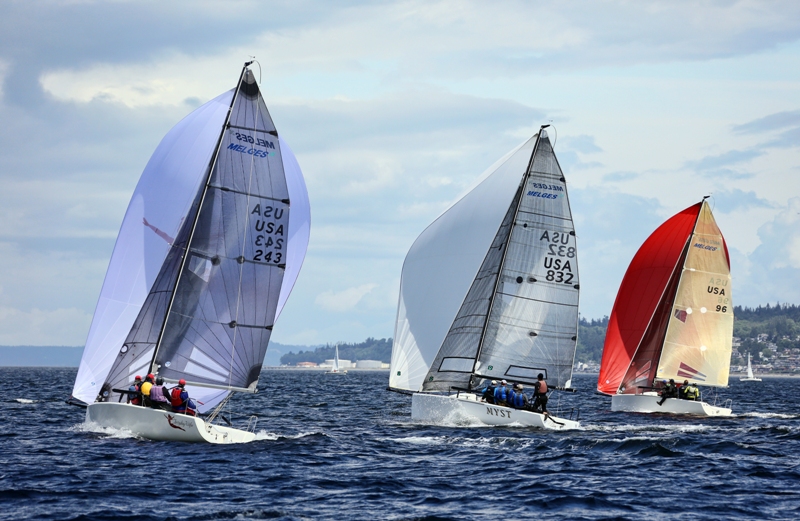 Sunday’s fresh 22-knot gusts prompted outbursts of raw emotion from many. Stephanie Schwenk of Anacortes, Washington on Alex Krawarik’s Melges 24 USA417 admitted that she had “never used such foul language while having so much fun”.  One their first time sailing Melges 24's together, this all-woman team posted a solid 6th place, overall. 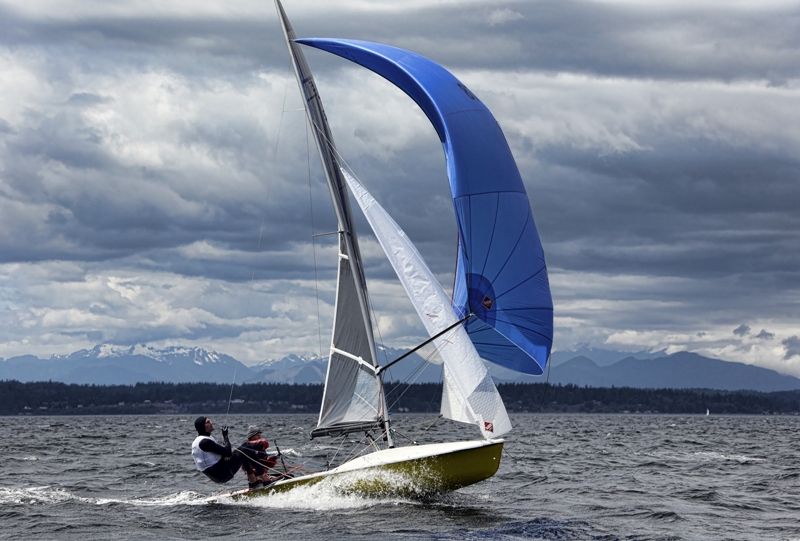 Rod Buck sailed USA832 MIST, the reincarnation of his 1994 model, which was lost in a fire- “Today was fantastic! I have had a lot fun sailing the MELGES24 over two decades and am glad to be back blasting around with friends on the best keelboat ever.” 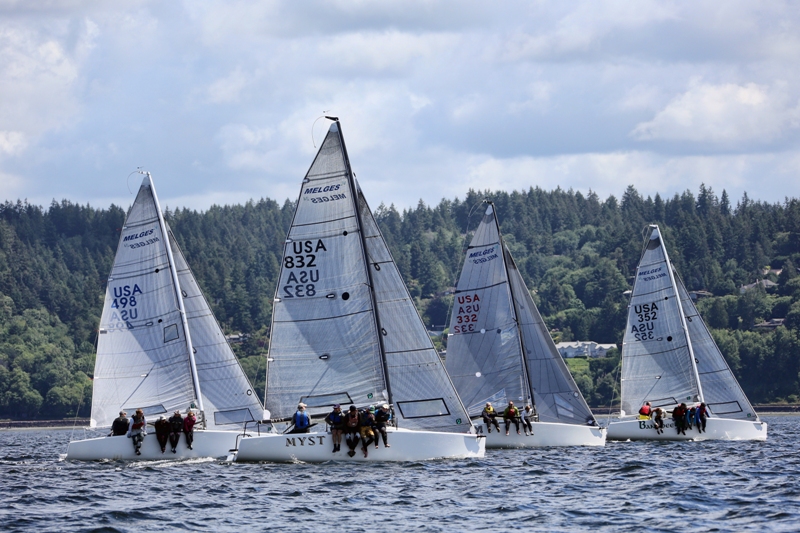 “Seriously, how much fun is it to scream downwind and seemingly effortlessly upwind all day with four people you just met?” Ashley Bell- bow on MIST. 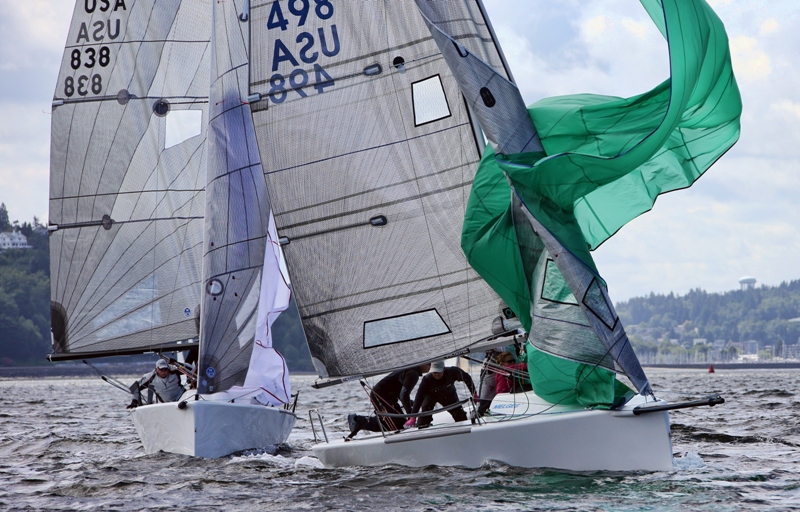 “Good breeze, sun and close competition made for a great day. The Northwest can deliver more often than not.” Matt McGregor, POD 2nd place finisher and top Corinthian skipper of the 2015 CSR Melges 24 US Nationals at Cascade Locks.

Kevin Welch’s USA838 Mikey of Anacortes won the event with wins in over half of the score line. “We are putting our Worlds crew together and certainly enjoyed being tested by the close competition out there.”  Mikey will be one of PNW teams in the North American Tour’s Stage 1 - Land Rover Kelowna Canadian Nationals, BC on June 24-26.

After Kelowna the Western Series will head to Whidbey Island Race Week, and the Gorge (CGOD) before heading to San Francisco for the PCC’s in mid-August. Over a dozen west coast Melges 24 teams are making the pilgrimage to see Buddy Melges on Lake Geneva in October for the 2016 Melges 24 US National Championship before heading south after Thanksgiving for the massive Melges 24 World Championship in Miami and the rest of the Melges 24 World Winter Series.