Melges 24 ROGER THAT Cruises To East Coast Victory in Australia

March 6, 2016 - Lake Macquarie, Australia -  The one thing all Australian Melges 24 sailors love is big breeze and flat water, and that is what they had for two days of racing at Lake Macquarie during the East Coast Championships over the weekend. The early races of the day started in 15 knots and by the time the last race was completed it was blowing 20 to 25 knots. 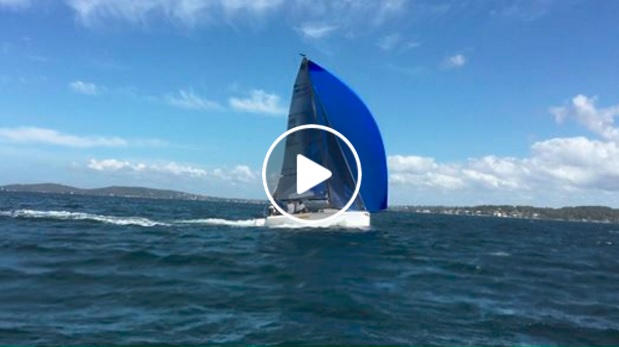 Cameron Miles sailing John Bacons boat Roger That revelled in these conditions to win 6 races straight. With his crew of Craig Pocklington, Ian Mckillop, and Alby Pratt putting together an impressive  boat handling display in the lead up to the Australian Championships starting later in the week at Lake Macquarie Yacht Club. 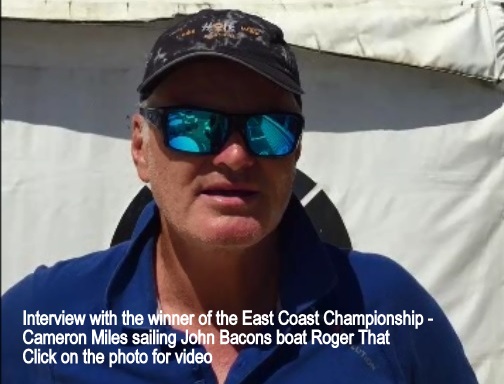 The real contest was for second place between Sydney’s Steve Girdis (+GST), Adelaide’s David Royle (Outlier) and class president Dave Young (No Comment). They were never separated by more than a few points throughout the regatta until race 6 when No Comment had major mainsail problems.  Race 7 was the decider and Steve Girdis stormed to the lead, winning the race with Dave Royle coming in second and Andy Wharton’s Accrewedinterest finding  form and finishing 3rd.  The Championship outcome saw Steve Girdis finish 2nd and Dave Royle 3rd and Dave Young 4th. 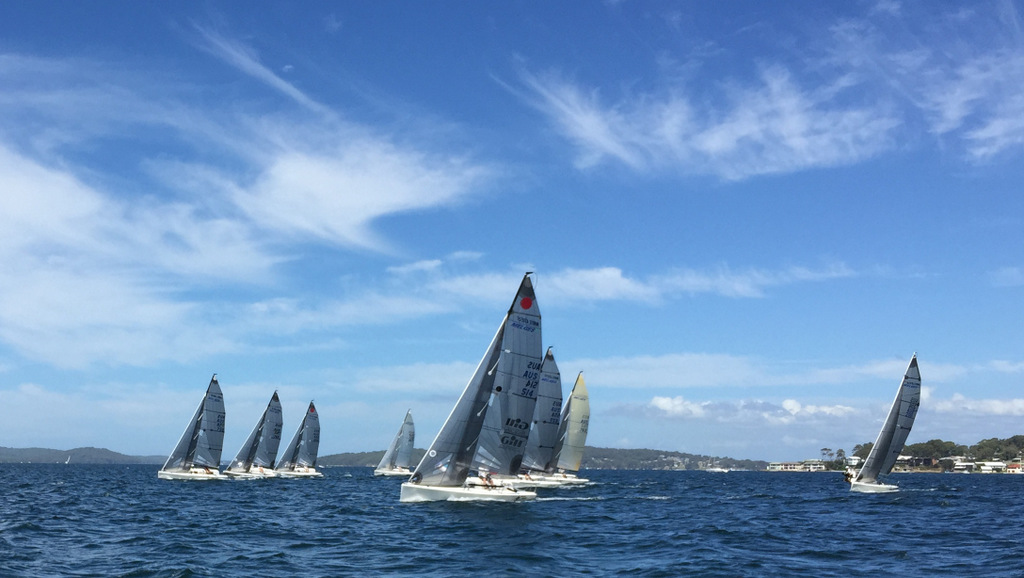 The weekend was a great success with Doug Watson also travelling up from Adelaide Sailing Club to get a little experience on the race track before next weekend’s National Championship. Anthony Passmore (Planit) used the weekend to kick start his campaign towards the Melges 24 World Championships in Miami Florida in late November where, with 9 months to go there are already 114 boats registered.

Cameron Miles won’t find it as easy during next week’s Melges 24 Australian Championships with top Adelaide contenders Robin Deussen (Redmist) and Dan O’Connell / Dave Alexander (Kowabunga) making the trip east. A big challenge will come from current Australian Melges 24 Australian Champion Chris Links who seems to fly under the radar until there is a championship to be won. Miles and Links have done a lot of time sailing together in Solings and Etchells and that has created a bit of friendly rivalry over the years.

Story by Glenda and Kevin Nixon