May 23, 2016 - Malcesine, Italy - On the weekend of May 20-22 Fraglia Vela Malcesine on lake Garda hosted the Act 2 of the Melges 24 Italian Series. After the first event in Portoroz, Slovenia the fleet was back in Italy to collect the points for the series. Gian Luca Perego's Maidollis ITA822 with Carlo Fracassoli helming took the highest position on the podium at the end of the regatta.

The regatta was a success with seven nations represented (Italy, Austria, Czech Republic, Great Britain, Germany, Hungary and Switzerland), eight races completed and a lot of sun and wind during all three days of racing! 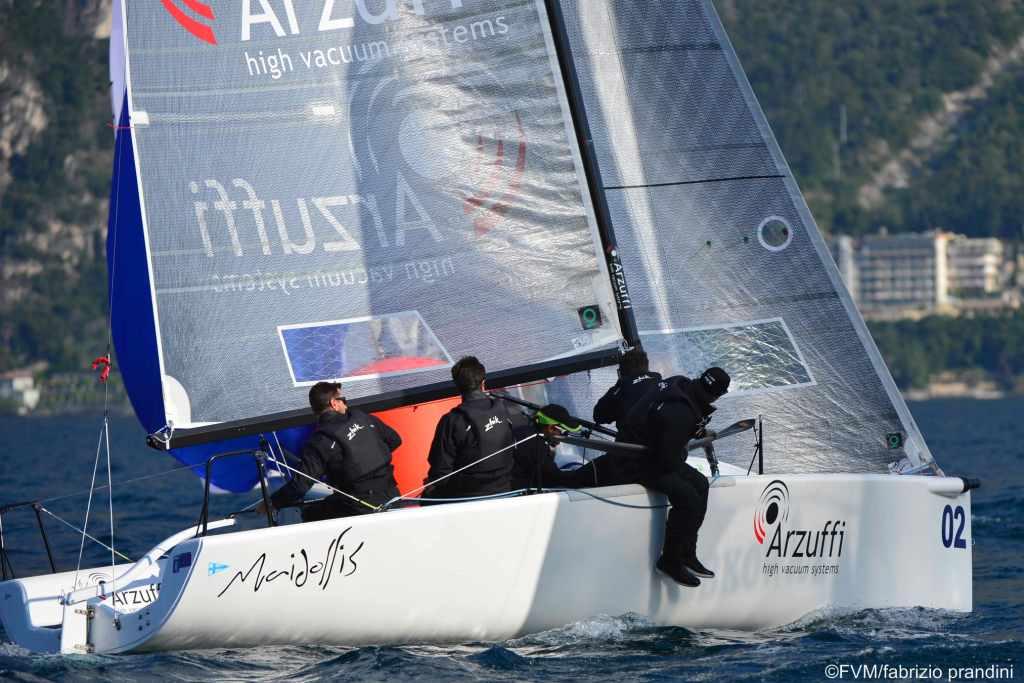 The racing was very though, with the first five boats always very close, rotating to win. However, since the first day Maidollis by Gianluca Perego and helmed by Carlo Fracasolli took the leading position and never lost it until the end (partials: 1,1, 2, 3, 1, 1, 2, (dns) ). The podium was completed by Swiss EFG SUI684 by Chris Rast and Italian ALTEA ITA735 by Andrea Rachelli, both stopped by a UFD. 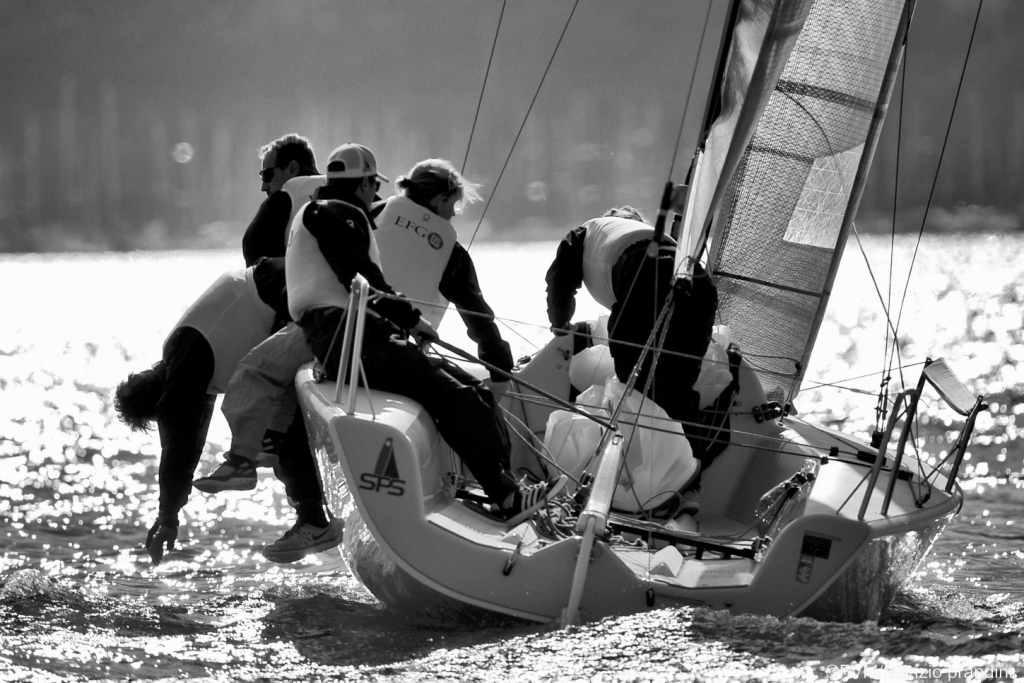 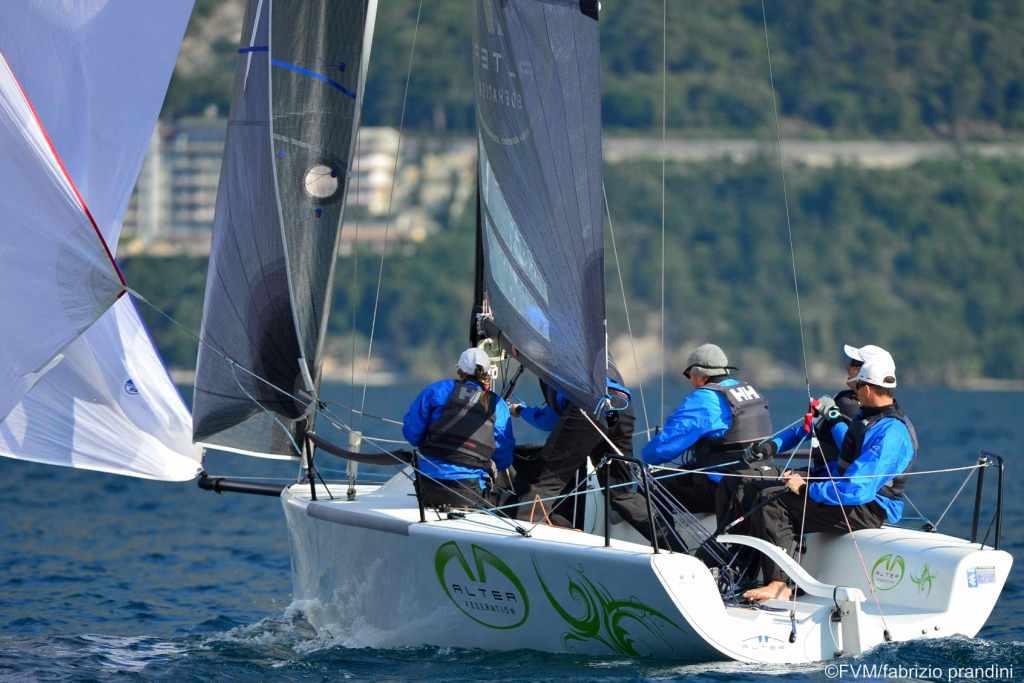 The Corinthian fleet was numerous and competitive. At the end the German crew of Kicker Schäfer's MUSTO RACING conquered the leader position, with very good partials ((6), 4, 5, 4, 5, 2, 6, 6) that guaranteed him also the fifth position in the overall ranking. 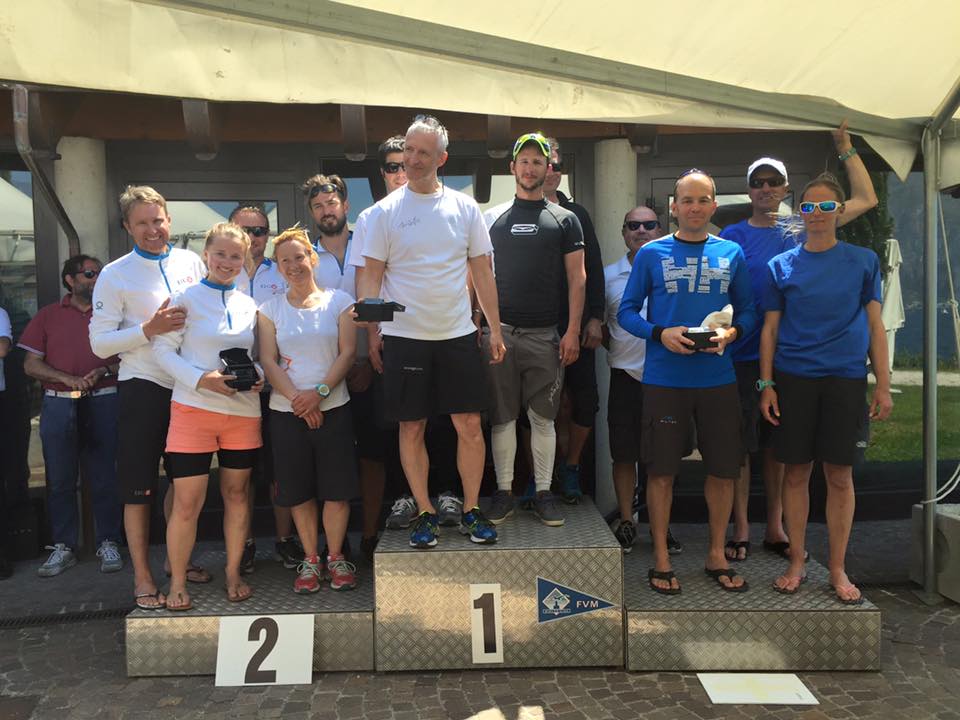 Next stop of the Melges Italian Series will be held in Riva del Garda on July 15-17, also valid as the fourth act of the Melges 24 European Sailing Series. Read more melges24.com/europeansailingseries